Association of diamine oxidase and histamine N-methyltransferase polymorphisms with presence of migraine in a group of Mexican mothers of children with allergies.

Low histamine metabolism has been suggested to play a role in the pathogenesis of allergy and migraine. We investigated the possible association between 2 single-nucleotide polymorphisms (SNP), C314T HNMT and C2029G DAO, and the presence and severity of migraine and migraine-related disability.

We studied the frequency of C314T HNMT and C2029G DAO allelic variants in 162 mothers of children with allergies (80 with migraine and 82 without) using a TaqMan-based qPCR Assay and a case–control model. We conducted a logistic regression analysis to examine the association between migraine and the allelic and haplotype variants.

Mutant C2029G DAO SNP was found significantly more frequently in the group of women with migraine than in controls (OR, 1.6; 95% CI, 1.1–2.1). No significant differences were found in frequencies of genotypes or alleles in the case of C314T HNMT SNP. Both mutated alleles were associated with migraine-related disability. Coexistence of alleles for both SNPs (haplotypes) showed a strong association with migraine. Haplotypes containing both mutated alleles (either heterozygous or homozygous) were very strongly associated with MIDAS grade IV migraine (OR, 45.0; 95% CI, 5.2–358). This suggests that mutant alleles of C314T for histamine N-methyltransferase (HNMT) and C2029G for diamine oxidase (DAO) polymorphisms may interact in a way that increases the risk and impact of migraine.

We suggest a synergistic association between HNMT and DAO functional polymorphisms and migraine; this hypothesis must be further confirmed by larger studies. However, the characteristics and ethnic differences between analysed populations should be considered when interpreting the results. 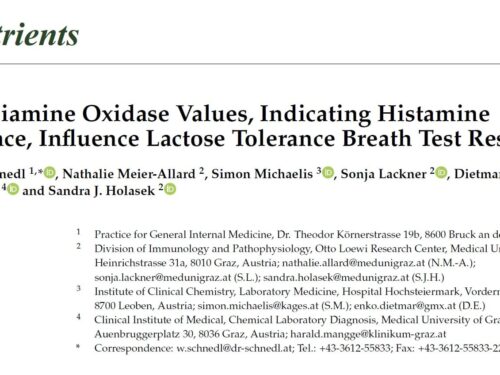 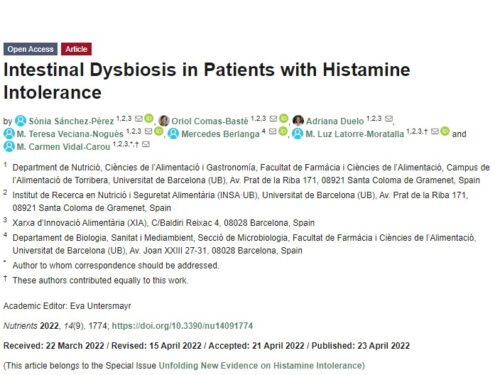