The histamine interposes at Christmas

Histamine accumulation in the body due to excessive food and alcohol consumption causes gastrointestinal disorders, headaches and migraine.

The International Society of DAO Deficiency recommends moderating the intake of food, especially those rich in histamine such as cured meat, smoked products, seafood and typical Christmas dessert, and supplement menu with DAO enzyme in order to promote histamine metabolism.

Christmas time implies, for many people, an alteration of the consumption habits, especially dietary habits. Copious meals and increased alcohol consumption cause difficult digestion, flatulence, swollen feeling, headaches and even migraine in many cases.

These symptoms have a scientific explanation based on histamine accumulation. Histamine is a molecule present in most food, especially in “Christmas food”. Under normal circumstances and in healthy people, the body produces this protein or amino acids chain called DiamineOxidase (DAO) that is in charge of metabolizing histamine in the bowel, so it can be eliminated through urine.  Due to Christmas overeating, the functional activity of this enzyme can be inhibited or blocked causing gastrointestinal disorders and other symptoms.

These symptoms are exacerbated in people with DAO deficiency, which is an alteration in the metabolism appearing when, for some reason, there is an imbalance between the ingested histamine in diet and the capacity to degrade it within the bowel. Therefore, the ingested histamine builds up in the blood triggering multiple undesirable effects.

Following the conclusions of the International Society of DAO Deficiency, one in every four people has a deficiency in the activity of this amine, being more frequent in women than men as women have a genetically lower DAO activity. The most common symptoms arising from DAO Deficiency, that became acute at Christmas, are gastrointestinal disorders and migraine, highly related with muscular pain, atopic skin, fatigue, sleep disruption or even tinnitus.

While histamine is in fact present in all food, to a greater or lesser extent, many of the typical Christmas food contain higher histamine concentration; this is the case of canapés, smoked products, seafood, and sauces like béchamel, cheese and traditional sweets. Cava and alcoholic drinks in general have a double effect, because in addition to the high-histamine content, alcohol also inhibits or blocks DAO enzyme activity.

The International Society of DAO Deficiency recommends moderating the intake of this kind of food, reduce or avoid alcoholic drinks, especially the foaming ones, and if necessary, supplement menu with DAO in order to promote the metabolism of the ingested histamine and its elimination without suffering any symptom. As it is difficult to follow low-histamine diet during Christmas, experts propose certain guidelines to avoid an excessive histamine accumulation, which could have harmful effects on health.

Table of food whose consumption should be avoided or reduced during Christmas in case of suffering from DAO Deficiency. 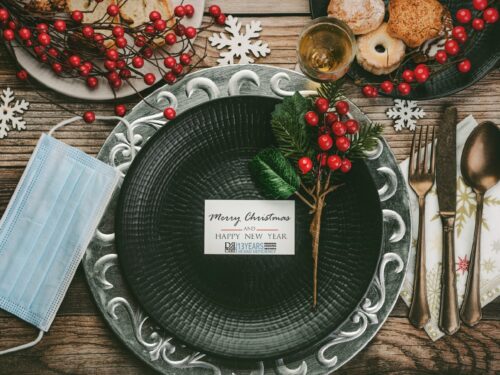 Not only does the coronavirus alter Christmas

Are underestimated the amounts of biogenic amines in diets low in histamine ?