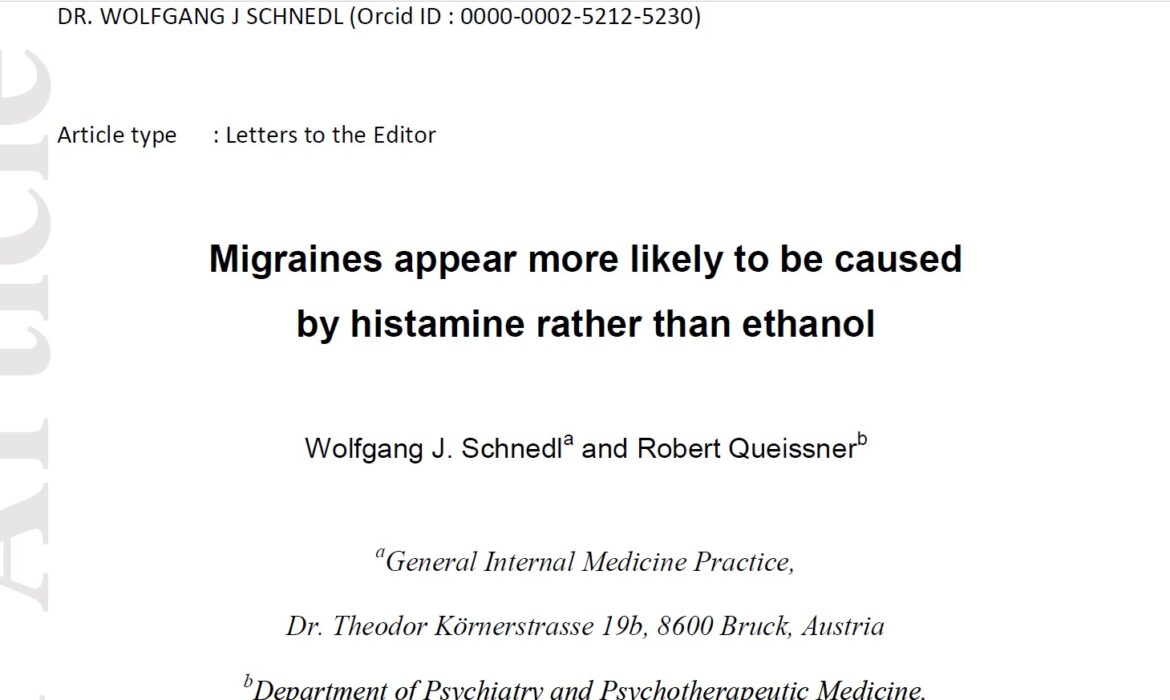 The past 20 May was published in the European Journal of Neurology an article in which the doctors Wolfgang J Schnedl and Robert Queissner stated that there was apparently a greater relationship between the cause of migraines and histamine rather than with ethanol present in alcoholic beverages.

In the letter to the editor that have published both doctors, reflect on another recent publication of Onderwater et al, in the same magazine, in which it is intended to show by epidemiological studies a causal relationship between ethanol of alcoholic beverages and the development of migraines in people who consume.

However, both doctors argue that no one has been identified as  specific pathophysiologic mechanism that correlate the alcohol intake with migraines and headaches (being the red wine the alcoholic beverage that has been related in the study population of Onderwater et al with migraine).

They argue, in contrast, that greater evidence exists so far as a cause of migraines and headaches are the deficit of the enzyme diamine oxidase (DAO) (alteration in the main route of metabolism of dietary histamine and can be present as a heritable genetic alteration) and the effects that generate exogenous histamine and other biogenic amines (such as tyramine, phenylethylamine, putrescine, cadaverine, spermidine, serotonin, tryptamine, agmatin) when they accumulate in plasma after being ingested.

With regard to the pathophysiologic mechanism of the cause of migraines by DAO deficiency, certain genotypes of the enzyme DAO and its allelic variants (all of them involved in a deficit of the enzyme activity) have shown association with increased risk of migraine. On the other hand, recent studies consisting of double-blind randomized trials in which a population of migraine patients were treated with supplements of DAO, have shown a reduction in the number, frequency, and intensity of migraines. States of these results, other studies of supplementation with DAO on patient population with intolerance to histamine (HIT), has shown a reduction of headaches and the rest of the symptoms related to this pathology.

Outside the interest and data and studies shown about people affected with a diagnosis of DAO deficiency and intolerance to histamine, this letter to the editor does not mention the inhibitory role of ethanol on the activity of the diamine oxidase, which explains the syndrome of the hangover after the acute intake of alcohol in people without a diagnosis of HIT or DAO deficiency.

Dr. Wolfgang J Schnedl is professor of internal medicine and doctor in the General Internal Medicine Practice Theodor Könerstrasse (Austria), and Dr. Robert Queissner is a professor in the Department of Psychiatry and Psychotherapeutic Medicine of the Medical University of Graz (Austria). 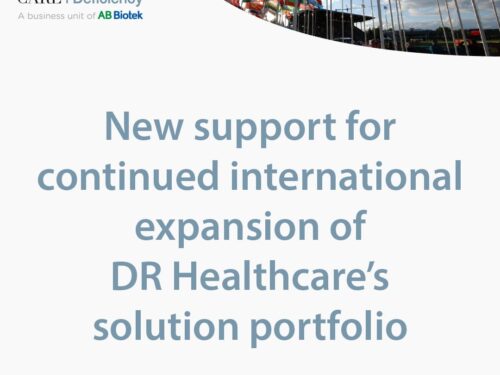 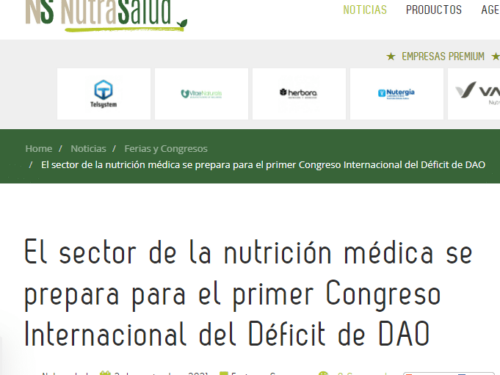 2 November, 2021 newsPublications in the media