Systemic symptoms of the deficit of DAO

Effects induced by acute intake of alcohol and DAO deficiency

Description and symptom picture of the effects of alcohol consumption

Histamine and DAO deficiency in the etiology of the alcohol effects

Diamine Oxidase (DAO): biomarker in the prevention of the effects of alcohol

Prevention of the effects of alcohol with DAO enzyme supplementation

Description and symptoms of alcohol consumption

The hangover is a general malaise that can manifest through a constellation of symptoms (physical, mental, physiological and psychological effects) and appears hours after an excessive consumption of alcohol.

The physical symptoms include fatigue, headache, high sensitivity to light and sound, red eyes, muscle pain and dry mouth. It can also be seen an increase in sympathetic activity (increase of the systolic pressure, tachycardia, tremor, and sweating). At the gastrointestinal level, there may be stomach pain, nausea and vomiting.

The intake of alcohol affects neurotramiters as histamine, serotonin and glutamate that control the waking cycle-dream. In general terms, the intake of alcohol produces a decrease in sleep latency and in REM sleep, and an increase of slow-wave sleep. The complex interactions between alcohol intake and sleep can have direct implications for cognitive and psychomotor performance. The mental symptoms include dizziness, vertigo, cognitive alterations (decrease in attention and concentration), and alterations of mood (depression, anxiety, irritability).

The cause of the hangover resides in some residual substances that are generated simultaneously to the process of obtaining alcohol, so are called congeners, above all the methanol, acetaldehyde, various polyphenols and especially the histamine. In addition to the broken down produce various substances harmful also responsible for the physical and mental symptoms of the hangover.

It has been described a relationship between the harmful effects in the next day at the level of psychomotor performance, cognitive and psychological effects on the physiology of sleep caused by alcohol. Sleep fragmentation (which translates into a bad quality of sleep) due to the nocturnal intake of high doses of alcohol and the subsequent  hangover is associated with a high daytime sleepiness the next day, with negative effects on attention, memory, concentration ability and psychomotor performance.

These symptoms may lead to serious problems for socio-economic and health.

The excessive daytime sleepiness, the decrease in psychomotor performance and cognitive capacity may result, among others, an increase in the number of accidents and/or traffic accidents, an increase of absenteeism as well as interpersonal conflicts. This involves a great economic and social cost that should not be underestimated.

These consequences are much more dramatic if one takes into account that a very important part of the population that suffers from these symptoms repeatedly found in academic age. Needless to say, the cognitive function and memory are essential for the development of the daily activities of learning.

It is known that the acute intake of alcohol gives rise to a raise in the levels of circulating histamine, due to the fact that alcohol causes:

The endogenous histamine is a biogenic amine that acts as a neurotransmitter and participates in local immune reactions. Is synthesized primarily in neurons of the central nervous system, in mast cells and endothelial cells. It is degraded by DiAmine Oxidase (DAO), which is synthesized in kidney, intestine and placenta.

Enzyme diamine oxidase (DAO) and histamine: new biomarker for the prevention of the effects of alcohol consumption

High levels of circulating histamine due to a reduction in the ability to degrade the histamine (by having a low DAO activity by genetic disorders or by a functional reduction of DAO activity by alcohol intake) can cause a syndrome characterized by abdominal pain, headache and/or migraine, hives, tachycardia, hypotension, muscle pain and respiratory obstruction.

DR Healthcare studies show that, at least in great part, the harmful effects of the hangover are a result of the increased blood levels of histamine induced by alcohol intake by inhibiting the enzymatic DAO activity (DAO). Based on this, the minimization of this increase of circulating-histamine through the empowerment of the action of the enzyme DAO avoid, or at least diminishes, the symptomatology of hangover.

Supplementation of DAO acts complementing the enzyme when the functional activity of this is reduced by an inhibition induced by the ingestion of alcohol, allowing for the correct metabolism of exogenous histamine.

Therefore, the administration of DAO with DAOfood before a meal accompanied by alcoholic beverage, increases the amount of active DAO in the small intestine and the ability to degrade the histamine swallowed, although part of the enzyme has been blocked by the excessive alcohol intake “along with” and “after” the lunch or dinner.

The decline in levels of circulating histamine results in a decrease of the symptomatology of the hangover, a harmful effects on sleep architecture and a decrease in behavioral, cognitive and psychological associated with acute intake of alcohol. 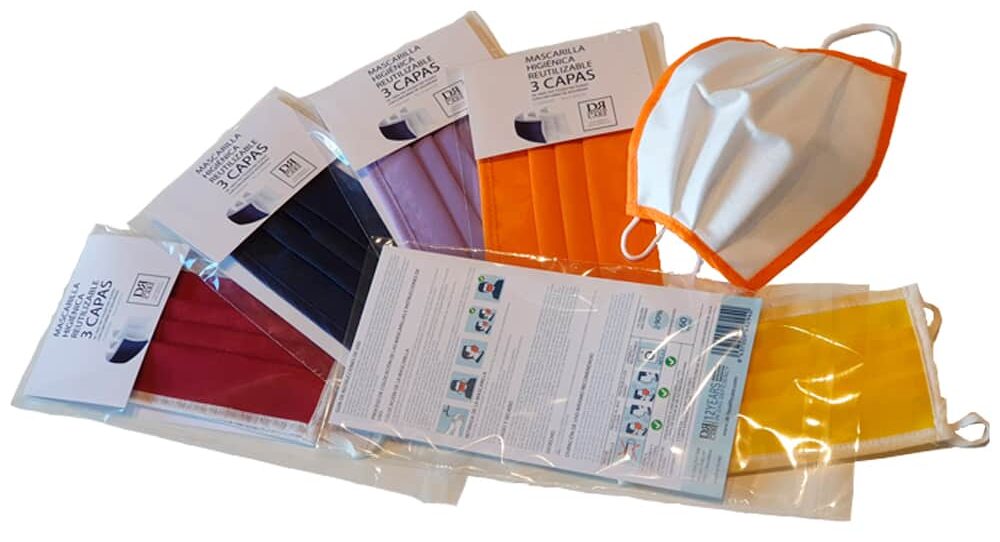