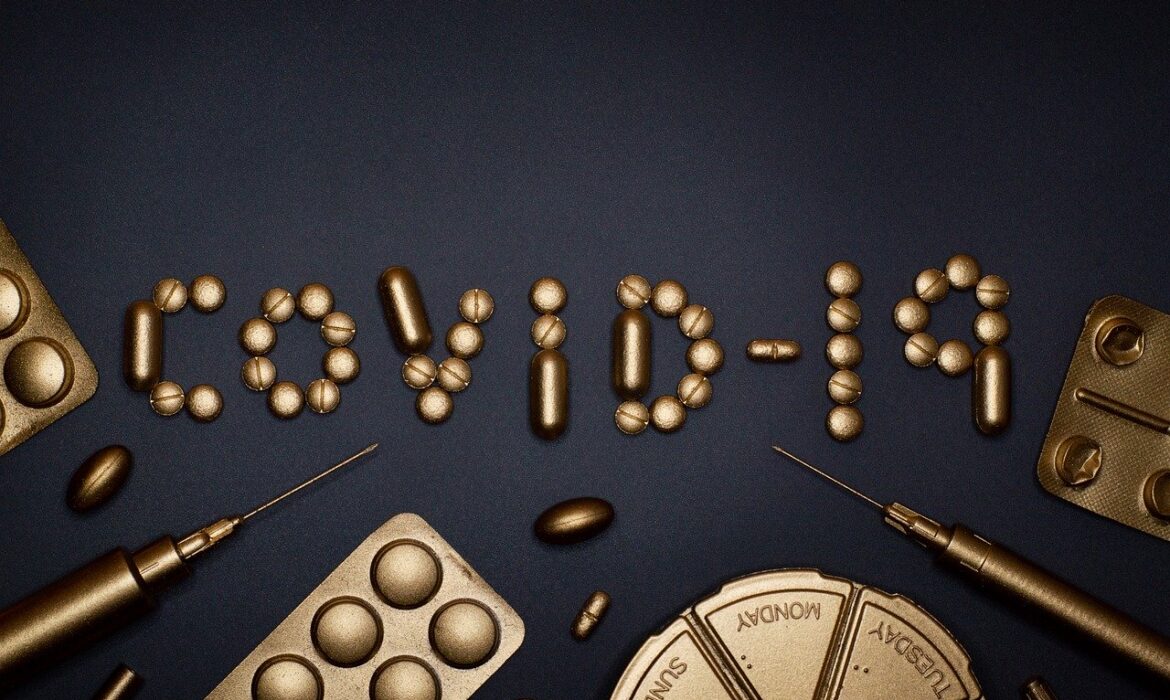 Given the difficult scenario that we are facing caused by the Coronavirus pandemic in general and after the State of Alarm decreed by the Spanish government in particular, DR Healthcare has implemented a  safety and business continuity protocol that guarantees the provision of our services, the supply of the active ingredient, and, safeguard the health of all our collaborators and customers.

In this sense, we want to indicate that:

• The staff in the areas of administration, customer service and patient care operate in telework mode to meet themobility and contact requirements, guaranteeing the maintenance of their normal operation and service.

Likewise, our suppliers and logistics network have adapted their processes to the current situation, ensuringthe  safety and continuity of the supply chain of both the active ingredient and finished products up to the final customer, whether national or international.

We thus contribute to the containment of the disease and comply with the measures required by the competent authorities, guaranteeing our best service.

The DR Healthcare team is at your disposal for any additional information you may require.

15 May, 2019by adminHistoricalInterviewsnewsPublications in the media

According to a study the 90% of migraines can be treated with the enzyme DAO – Interview of RTVE to Juanjo Duelo, CEO of DR Healthcare

These last hours has been spoken about migraines, from which has been made public that the fifteen percent of the world’s population suffers from these tremendous headaches that go beyond a headache. Juanjo Duelo, in addition to suffering from migraines, directs a research team that assures to be able to determine the causes of migraines and most importantly, their solution. 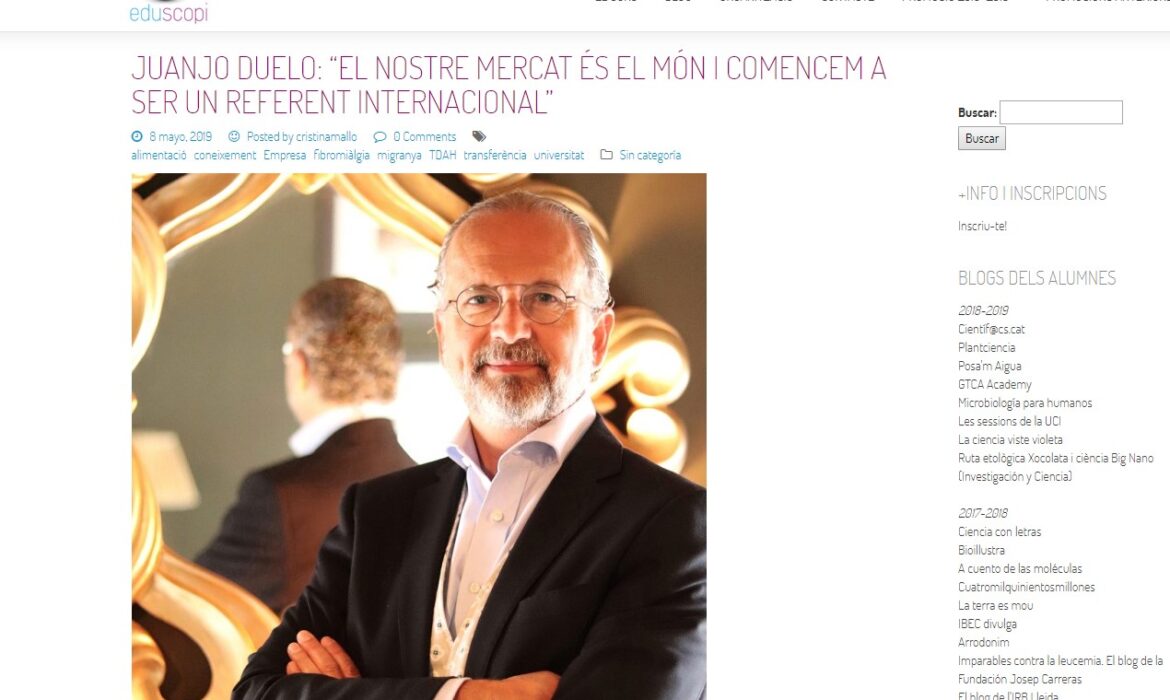 8 May, 2019by adminInterviewsnewsPublications in the media

“Our market is the world and we began to be an international reference” – interview in eduscopi to Juanjo Duelo, CEO of DR Healthcare

Affected by strong migraines for many years, Juanjo Duelo, who was dedicated to the world of finance, decided to start to learn first-hand the latest research about this symptom who accompanied him from quite young.

He began to attend medical conferences that addressed the topic of migraine and compared the information he received to that provided by the tests conducted on him his self as a patient at home.

He began to control his diet and saw that between the food and the migraine had some kind of relationship. Determined to find a solution to his problem and for millions of people, looked for researchers that endorse his hypothesis. Twelve years after he created DR Healthcare company with more than 80 patents and now it is a reference on the study of the DAO enzyme.

What prompted the creation, twelve years ago, of DR Healthcare?

We were born as a start-up of the University of Barcelona (UB), always linked to the Department of Nutrition and we seek in the world of academia if there was any research team with interest in our project. We wanted to find some scientific basis that will find the relationship between food and migraine, because until then we had no physiological or chemical explanation to explain this relationship.

Our market is the world and we began to be an international reference” – Juanjo Duelo, CEO of DR Healthcare

What was behind your research?

Doing research on histamine , which is a key molecule in our body because it regulates many functions. The problem is that the same molecule also forms in most of the foods from the diet, and the histamine that everyday we consume with food does not have a physiological function such as the produced by the body. This makes that when it reaches the intestine being degraded, metabolized and eliminated and not absorbed. In this context, a key enzyme in the metabolism of histamine is called Diamine Oxidase (DAO).

There are people who by a motive, mainly genetic, cannot degrade the histamine that ingest from food, and, like is not metabolised, it is absorbed through the intestinal epithelium and then enters the bloodstream and accumulates in the blood. There are individuals who accumulate histamine in the blood faster than others, and there are several others who suffer symptoms earlier than others. But it was never linked before to food because the relationship between you eat the food and the appearance of symptoms does not occur immediately.

In the year 2010 we published the first study that showed that more than 90% of migraine patients had a genetic variation that produces a deficiency in the activity of diamine oxidase enzyme.

Is it being a very productive line of research?

The field of migraine is where we have generated more scientific evidence, that is our main concern. We move in the field of medical nutrition, which is to tackle diseases through nutrition, and we need scientific evidence before looking for the clinical evidence. After publishing many studies on migraine and headaches, now we focus a lot on fibromyalgia or ADHD (Attention Deficit Hyperactivity Disorder).

What is the solution the company offers to those affected by migraine headaches or symptoms associated to the DAO deficiency?

From a clinical point of view, people who have a DAO deficiency, their track therapy is twofold: on the one hand dietetic, controlling the intake of histamine and other secondary amines. And, depending on the activity level of DAO, other path is, at least in the first stage, restore, replace or complement DAO. And this is where we work in the DAO form animal, plant or biotechnology origin. We speak of very prevalent diseases (migraine, ADHD, fibromyalgia…) and we treat them as symptoms.

Over these 12 years of life where has evolved DR Healthcare?

Now we have abandoned the main focus of migraine and guide our research to the DAO and its role as a biomarker.

Accurate. The relationship with the UB is really satisfactory for us, but now we have also been attracted by the dynamism of the URV and we think that complement each other well . And in front of the need for growth of the company, we saw that we needed to boost an ambitious center with pilot tests with this enzyme, always with the premise that we didn’t want to leave Catalonia. We are an innovative company that begins to be an international reference and we believe that the relationship with the URV is a good option. With the URV Foundation we want to promote research projects jointly with other areas or departments of the University, always linked to the DAO. This is why who is leading this project is Jaume Bori, a graduate in biotechnology at the URV. He directs the Center for R+D+i and works to turn it into a reference center from where we will promote various projects. Over the years we have become a singular company, since we are the only specialists in DAO and its mainly deficiency and associated symptoms.

We have generated more than 80 patents, all with the enzyme DAO, and we are the only company that has this asset.

What functions assumes the center of Tarragona?

We want to complement the investigation initiated in the UB on DAO of plant origin, and also recombinant DAO. And the more immediate objectives are to begin looking for connectivities in the campus and within the scope of the University in order to find synergies and projects in other areas. At the moment, the forecast is to dedicate a 70% of the activity to research and a 20% to the production of the enzyme.

Which is your market?

Our market is the world. We have generated more than 80 patents, all with the enzyme DAO, and we are the only company that has this asset.

To access the original interview in catalan clic here.